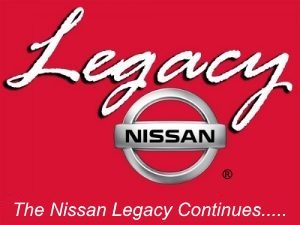 Are you ready for the new 2017 Nissan models? Whether you prefer a sporty car, a roomy crossover, or an eco-friendly battery operated electric car, Nissan has the right vehicle to fit your needs and personality? Here are four of some of Nissan’s coolest models coming back in 2017.

The 2017 Nissan Altima comes equipped with a 2.5-liter 4 cylinder engine that bolsters an impressive fuel economy of 27 mpg in the city, and 39 mpg on the highway. The Xtronic CVT (Continuously Variable Transmission) provides smooth shifting, acceleration and deceleration. Its redesigned aerodynamic exterior is further enhanced by the Active Grille Shutter (4-cylinder trims only) that automatically close at high speeds and help decrease wind resistance and boost efficiency.

The beautifully designed interior has leather-appointed seats, dual zone climate control so that both you and your passenger can cool or heat your side of the car, hands-free-texting, and the Nissan Advanced Drive Assist display.

Trim levels available for the 2017 Nissan Altima include the S, SV, SL, and SR.

The redesigned fourth generation 2017 Nissan Quest is back and better than ever featuring a roomy interior that can comfortably fit up to seven people with second and third row seating. It also features a sliding entryway that makes it easier for passengers to get in and out with ease.

The interior features include a DVD player with an 11 inch display screen, 13 speaker Bose sound system and 16 cup holders.

Under the hood is a 3.5 liter 260 horsepower V6 engine with fuel economy numbers of approximately 20 mpg in the city and 27 mpg on the highway. Trim levels include the S, SV, SL and Platinum.

The new look of the 2017 Nissan Juke is bold an impressive and built with a combination of carbon fiber and aluminum to ride as an aerodynamic yet sturdy crossover.  The fuel economy is 24 mpg in the city and 34 mpg on the highway.  It features headlights, taillights, and daytime running lights with LED technology, though higher trim levels will feature new Xenon headlights. The 2017 Nissan Juke also features a panoramic sunroof and 11 inch alloy wheels.

The awesome interior can accommodate 6 passengers and will also feature a new infotainment system and modern tech features such as USB ports, Bluetooth connectivity and iPad facility. For safety purposes the 2017 Nissan Juke will have Takata airbags, a blind spot system warning and parking assist. Trim levels will include the standard Visla, Acento and the high-end Tekna.

The next generation 2017 Nissan Leaf is a green car lover’s dream come true featuring a single engine motor that can travel up to 200 miles provided by a new battery pack with a capacity of 60 kilowatt-hours (kWh). Available trims include the S, SV and SL and model powers up with a 25 kWh or a 30 kwh battery pack, depending on the trim level.

The 2017 Nissan Leaf features a navigation system equipped with search functions of the nearest points to charge batteries, and of constructing the shortest routes. It is also equipped with Bluetooth connectivity, a NissanConnect system, 5 inch LCD touchscreen infotainment system, a rearview camera and a six speaker Bose audio system. For you green lovers, the 2017 Nissan Leaf will also feature an Ozone Generator which eliminates odors and kills germs.

These are just a few of the top Nissans that will be returning in 2017. For more information or to schedule a test drive, stop by Legacy Nissan located in Westbury, NY.